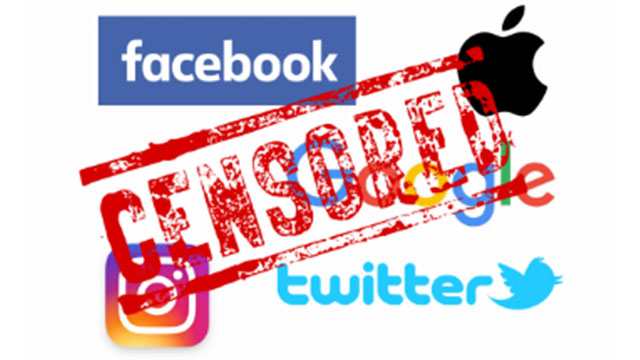 Youtube, facebook, twitter, venmo, paypal and others have been banning and attempting to silence alternative sources of information, including myself, for years. It’s time for those interested in the truth to take steps to not need these platforms to exist, starting with social media.

Ben McClintock was just removed from Facebook last week without warning, cause or the ability to appeal.

Alternative social media platforms have arisen in recent years, but none of them really gain the popularity and therefore reach of platforms such as facebook, twitter and Instagram, making the switch over ineffective.

When we started Defending Utah, we recognized we were in no position to compete, financially speaking, with the major media organizations in Utah. We had to come up with guerrilla style media tactics to go around the institutions of KSL, Deseret News, the Salt Lake Tribune, etc. A part of that guerrilla tactic was the use of social media. For years social media was a place that was essentially free to post alternative information, and as long as it didn’t contain foul language, nudity or graphic violence, you were pretty safe from censorship.

This had been gradually changing, but a sharp shift started happening about four years ago when wiki leaks released the “pizza gate” documents exposing key government, business and other insiders as being part of a network of child traffickers. This was the beginning of the popularization of the term “fake news”. “Fact checkers” became a way to quickly silence critics of the official narrative.

There began to be big purges of social media channels with sustained purges of one or two pages regularly, followed by regular spikes.
We still don’t have the financial resources to compete with local globalists like KSL & the Trib, but we can’t depend on social media as a guerrilla style crutch any more. Thankfully we’ve grown to a point where we can reach thousands with a single email, but if we’re ever fully removed from Facebook, this will drop our potential reach exponentially if we don’t grow our off social media reach even larger and do it quickly.

To help us with this, please take these simple steps:

Together we can support liberty, fight censorship and build a more free tomorrow.