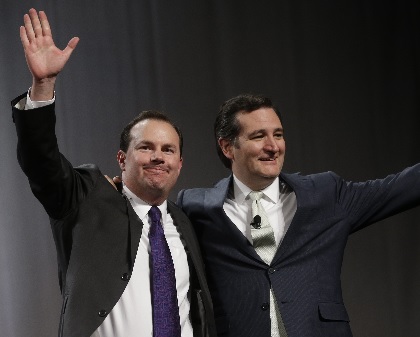 A look at the details of Mike Lee’s USA FREEDOM Act, as opposed to the press releases of its supporters, shows that the act leaves the government’s mass surveillance powers virtually untouched.

Of all the people we have in Congress representing us, Mike Lee has one of the best constitutional voting records.  We need Mike Lee to take the lead and do things right the first time.

Here are some things to consider:

1. Among many groups that advocate for online privacy, the Electronic Frontier Foundation (EFF) has recognized the deep flaws in the legislation.  Their opinioin of the bill was that…

2. On May 7th, The Salt Lake Tribune ran an article stating that the White House urged passage of the USA Freedom Act.  Something is not right here.

The President has defended it’s spying on Americans since the beginning, as we see in these two NPR and Associated Press Reports, and we are supposed to believe that because of a lower court ruling, Mr. Obama just “gave up”?

In his first remarks about revelations of the huge scope of government surveillance, Obama said:

Obama clearly thinks that he needs to spy on you and maintain a police state to keep “society safe”.

3. Many of the reforms in Senator Lee’s bill are less than even superficial.  For example, he wants to make sure and replace the word “and” with a semicolon as we see in section 101 subsection B. Wow!  Such meaningful and important reforms such as this, how did the President ever sign off on it?  The so called “reforms” are nothing more than window dressing to cover up the fact that the government continues to shred the protections of your God given rights found in the Bill of Right (first ten amendments to the U.S. Constitution).

The primary thing to note is that surveillance continues, the data is just collected by “private” industry instead of the NSA as Maurer School of Law, Indiana University states “The law mandated that the intelligence community would collect the Call Detail Records (“CDR”) from telephone service providers”

4. Over the last two weeks, former congressman and presidential candidate Ron Paul has written two great articles covering the USA FREEDOM Act.  His insight into what it really means is powerful and gets to the truth of the issue.

May 10th: “NSA Spying Ruled Illegal, But Will Congress Save the Program Anyway?”

These articles are copied below.

5. The USA FREEDOM Act is further shown to be nothing more than a façade by the fact that it gives the Director of National Intelligence a loophole to bypass the so called “reforms” in SEC. 603.3.A.  Under that provision all the director has to do is say that a “good faith estimate” can’t be determined accurately and POOF all the “reforms” magically disappear.

At the end of the day, when Mike Lee sponsors a bill like the USA FREEDOM Act, we need to contact him to let him know that we want more than window dressing, we want the government to actually follow the Constitution and stop spying on us and stop maintaining the police state too many have gotten used to.

6. Why does KSL run a misleading headline, as if there has been a full repeal of the Patriot Act?  The title to their article was
“House passes bill to end bulk collection of US phone records”
http://www.ksl.com/?nid=151&sid=34632760&title=house-passes-bill-to-end-bulk-collection-of-us-phone-records

Mike Lee’s USA Freedom Act would extend the powers of the anti Constitution Patriot act and NOT let them expire. Mike Lee on a CNN interview said it would be unfortunate (meaning he is against suspending these provisions and is in favor of the attack on the 4th Amendment) if these provisions expired. Mike Lee stated he was against Rand Pauls filibuster allowing the provisions to expire.

I believe we have the votes to pass the USA Freedom Act, the question is whether it will happen tonight or some time next week.

Posted by United States Senator Mike Lee on Sunday, May 31, 2015

UPDATE: May 2018
The Ron Paul Institute did an update to the effects of the USA FREEDOM ACT showing that illegal surveillance actually increased under the Lee/Obama legislation.

UPDATE: 2020
From Maurer School of Law: Indiana University
“The law mandated that the intelligence community would collect the Call Detail Records (“CDR”) from telephone service providers”

The only reform of the PATRIOT Act is a total repeal. Accept nothing less.