Utah’s KUTV Says, Repeal Parts of the Constitution or Else You Support ISIS

In a recent report, Utah’s local CBS affiliate, KUTV, ran an opinion piece critical of the US Constitution.  This opinion piece was disguised as a news report.   The post entitled, “US can’t access NSA phone records in California terror case” implies that adherence to the Constitution helps terrorists and alleged mass murderers, like Syed Farook, commit their evil without consequence.

Like this political cartoon, it implies the US Constitution helps to provide cover for those that would do us harm. 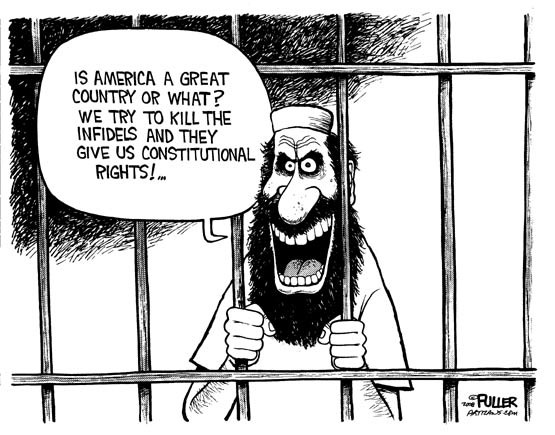 “Look at the evil Constitution helping those that want to kill us!  Get rid of the Constitution!” is the message being promoted by stories like above posted by Salt Lake’s KUTV.

“The right of the people to be secure in their persons, houses, papers, and effects, against unreasonable searches and seizures, shall not be violated, and no Warrants shall issue, but upon probable cause, supported by Oath or affirmation, and particularly describing the place to be searched, and the persons or things to be seized.”

Benjamin Franklin explained it this way,

“Those who would give up essential Liberty, to purchase a little temporary Safety, deserve neither Liberty nor Safety.” 11 Nov. 1755

“According to the laws and constitution of the people, which I have suffered to be established, and should be maintained for the rights and protection of all flesh” D&C 101:77

The Lord and the Founding Fathers gave us the Constitution to protect criminals and terrorists? I think not.