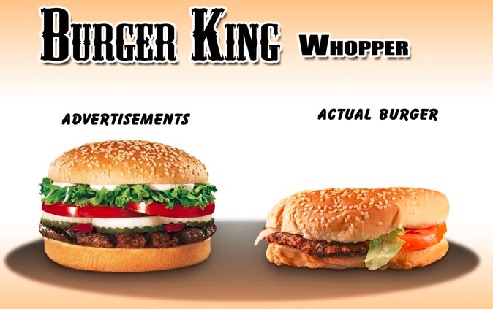 The term “bait and switch”, in case you’ve not heard it before, refers to a form of fraud used in retail sales but also employed in other contexts. First, customers are “baited” by merchants’ advertising products or services at a low price, but when customers visit the store, they discover that the advertised goods are not available, or the customers are pressured by sales people to consider similar, but higher priced items (“switching”).

We often see this when it comes to consumer goods, especially with food advertising, but it is common in politics as well.

As we documented in our report, “How Two Utah Legislators Conspired Away Your Freedom, TWICE”, there are legislators that will say one thing to their constituents, then do something completely different.

In the case of Representative Jacob Anderegg (R-Lehi) and Ken Ivory (R– West Jordan), if you look at their websites and promotional material you would think that Utah could have no bigger champion of the Constitution, limited government and  personal liberty.

However, when you see them in action, a less flattering picture comes into play that allows you to see how much substance they really are lacking.

In our report, “How Two Utah Legislators Conspired Away Your Freedom, TWICE”,  we documented Jacob Anderegg’s talk against a Constitutional Convention that powerfully stated, “ I do believe there are evil and conspiring men in the world that would take every opportunity to stand up and to thwart, what I believe is one of the greatest articles of free governance this world has ever seen. And my hesitation for jumping all on board for a Con Con.” -Floor of the Utah House, 26 feb 2015.  There was another Con-Con bill (HJR 7) that Rep Anderegg did not vote on, but in a correspondence Defending Utah obtained from a constituent, Anderegg claims, “I WOULD HAVE VOTED NO, the same way I voted against HJR14” (emphasis in the original) .

The problem is Anderegg was a sponsor of HJR 7, not only that but Anderegg called for a re-vote so that he could vote  YES on HJR14, saying on the floor of the house, “I believe that many of us were bullied, one way or the other, with the threat of our constituents,   being contacted in droves, with endless emails and text messages and phone calls to push us one way or another. And at the end of the day, I have to vote my conscience” -Representative Jacob Anderegg, R-Lehi, House floor, 27 Feb 2015. What Anderegg did here is a common tactic among elected officials when they know their bill is going to lose, is to vote for the “winning” side (meaning the side that is voting “No” on a bill) so that they can implement the rule that allows for a legislator that voted “no” on a bill that failed the opportunity to call for “reconsideration” within 24 hours of the original vote.  Anderegg knew the bill would fail and gave a speech warning of conspiring men as the reason he voted no, but then the very next day blamed his no vote on being “bullied” by constituents.  Since when is letting your elected representative know how you feel “bullying”?  The power hungry do not like to be bothered by the lowly masses.

Even so, Representative Anderegg continues to be seen as a “champion” of the Tenth Amendment and the liberties enshrined in the U.S. Constitution, being awarded for his work in defense of “states rights”. Sadly, too many look at what politicians say instead of what they do. However,  there are times where they actually say what they are doing that helps expose them to others.

Modern Legislators Vs. the Founding Fathers

In 2013 a bill that would nullify Obamacare in the state of Utah (making the legislation illegal within the state of Utah) made it’s way into a committee of which Rep. Anderegg was a member.  In a political training meeting Anderegg spoke where he spent some time explaining how to defeat legislation you don’t like.  He explained you can kill a bill “by substituting it in body and title and gutting the bill so it has zero effect… He who knows the rules, knows how to win.”  This is exactly what Anderegg did to the bill that would have relieved all Utahan’s from the horror that is Obamacare.  When the nullification bill made it to committee, he quickly called for an amendment to the bill and inserted his replacement bill that made the legislation about expanding Obamacare (Medicaid expansion) .

Thomas Jefferson explained, “That a nullification, by those sovereignties, of all unauthorized acts done under color of that instrument, is the rightful remedy.” -Kentucky Resolutions of 1798 and 1799

The Father of the Constitution also made clear that, “There can be no tribunal above [the states’] authority, to decide in the last resort, whether the compact made by them be violated.” Writings of James Madison pg 349

And the idea that courts are final arbiter of the law was debunked in a let Jefferson wrote to John Adams wife saying, “The opinion which gives to the judges the right to decide what laws are constitutional and what not, not only for themselves in their own sphere of action but for the Legislature and Executive also in their spheres, would make the Judiciary a despotic branch.” -Thomas Jefferson to Abigail Adams, 1804

When Anderegg was publicly called out on his actions, this supposed consitutional expert and lover of the Constitution said that the method used and promoted by Thomas Jefferson would be “ruled unconstitutional” and said that legislative council was more trust worthy than the actions of 21 states in 2008 that nullified the REAL ID and the words of Thomas Jefferson, referring to those facts as “conspiracy theories”.

Thomas Jefferson taught that, “If those who administer the general government be permitted to transgress the limits fixed by that compact, by a total disregard to the special delegations of power therein contained, an annihilation of the state governments, and the creation, upon their ruins, of a general consolidated government, will be the inevitable consequence.” Warning that, allowing the central government to be the sole judge of the extent of its own powers would result in “nothing short of despotism.”

Anderegg then took the position that Jefferson said would lead to “nothing short of despotism” saying that, “I know more about that Constitution better than most.” Showing that “superior knowledge of the Constitution” he goes on to preach against what the Founding Fathers taught, “A State cannot nullify an act of congress…The Constitution grants authority to enact law, and that law is supreme” Anderegg said.

The facts (not so called theories) are that nullification is the remedy of the Founding Fathers to an out of control government, that 21 states nullified the REAL ID, 38 states have introduced bills to nullify Obamacare (Iowa passing it), 11 states have passed bills nullifying federal gun laws, with many more examples that could be brought up here.

If we are to preserve our liberty, we must not put the image of our favorite politician above the actions of our favorite politician. We called out the actions of a specific legislator in this article, but that is not to infer that his constituents cannot or should not work with him. Understanding principles is easier to do when we see how they are applied in specific examples, not just in the abstract. All of our legislators should be worked with to help liberty legislation get passed.