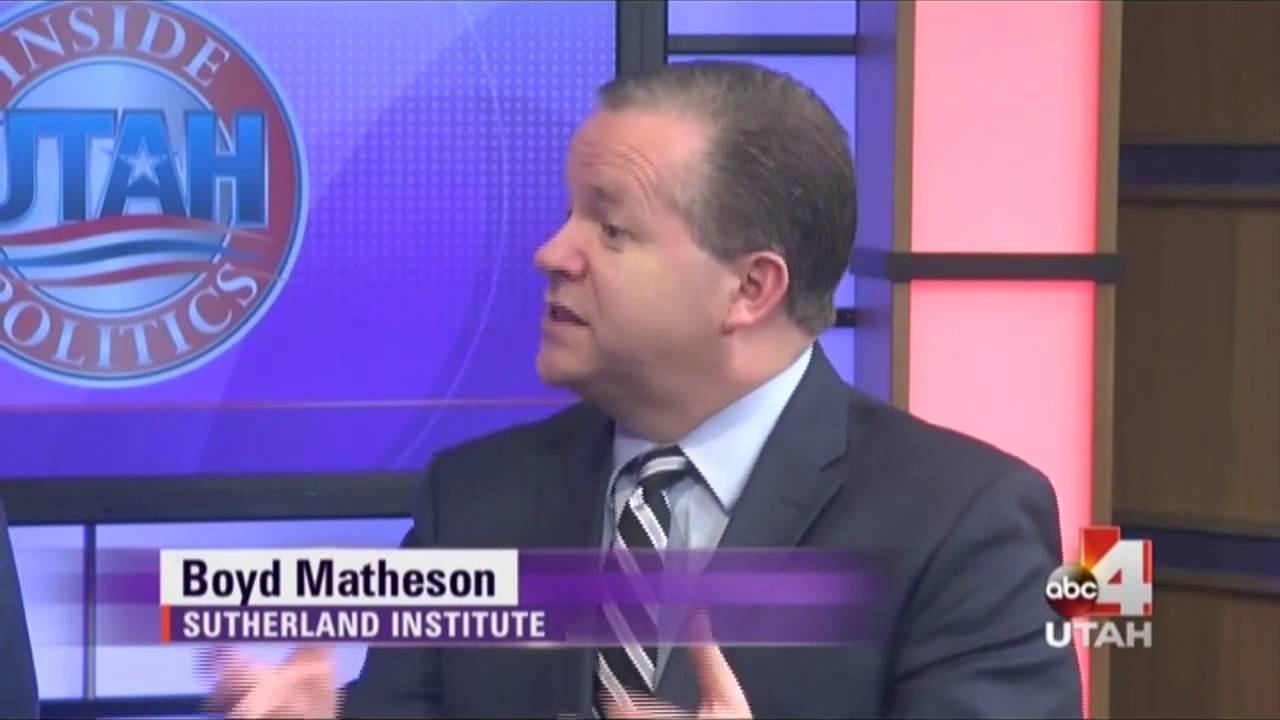 Sutherland Institute’s Boyd Matheson has just thrown his hat in the ring to replace perpetual candidate and staunch statist, Orrin Hatch. Some are lauding this as a great move to replace the liberal Hatch with a “principled conservative”. Here are Defending Utah’s concerns that we would need answered before we believed he was anything but more of the same:

1.      Under Matheson’s leadership, the Sutherland Institute published an article stating that the legal actions of the 2016 protestors at the Oregon Wildlife Refuge (With Ammon Bundy and the assassinated LaVoy Finicum as the most known participants) were “extreme” and that their actions “threatened the cause of freedom”.

The Sutherland article went on to say,

“Extremism and freedom cannot coexist. Extremism abandons reasonable consideration and dialogue for close-mindedness and intolerance, which in turn often leads to violence. Freedom, on the other hand, embraces a candid exchange of ideas and a sound social order.”

Tories and King George couldn’t have said it better themselves. For the past 100 years ranchers have been “reasonable” and tried to settle things through the courts. Sometimes, to preserve liberty, it takes drawing a line in the sand and telling would be masters that they will no longer be allowed to break the law with impunity. For as LaVoy said so well on our radio program, “They keep it in the legislative arena, they keep it in the judicial arena.  They (the feds) like that because they’ll never lose.  They’ll just keep stretching it out, they’ll stretch it out for thirty years.” Calling someone “extreme” is a tool used to shut down debate preventing any “candid exchanges of ideas”.

As head of the Institute, does Boyd support this promotion of big government, or was he too incompetent to stop it from being published as an article and a key point in the organization’s booklet, “Transfer of Public Lands: 10FAQs & Resources”? sutherland calls bundy threat to liberty.pdf

2.      While on Doug Wright’s radio program (the establishment’s public mouthpiece), on August 24th 2017, Sutherland’s Matt Andersen (author of the above article) said, “There are areas that need to be protected in Bears Ears [National Monument], and we’d be fine with a National Monument designation…”

“I AM for Bears Ears… I think that land should be protected above and beyond what a national monument offers. I look at the Public Lands Initiative that we have here in Utah… It actually set aside more land.  And it actually put even more restrictions on some of the federal lands than the national monument would. … I’ll tell you what, we here in Utah want even more protection than they’re [environmentalists] talking about.”

Here we have Doug Wright admitting everything Defending Utah has been saying about the Transfer of Public Lands act and how it was even more intrusive and destructive to liberty than the horrors the federal government are pushing on us!  Andersen’s reply to Wright is revealing. “Absolutely Doug.”

Here Andersen makes perfectly clear, speaking for the organization led by Boyd Matheson, that he supports the idea of putting even greater restrictions (implementing Agenda 21 style restrictions) on land in Utah and further eroding the rights of Utah’s ranchers.

Is Matt Andersen a rogue employee promoting big government and Boyd just can’t seem to reign him in, or does Boyd Matheson, candidate for US Senate, believe all of the above?