Why Are Government Mandates So Controversial? 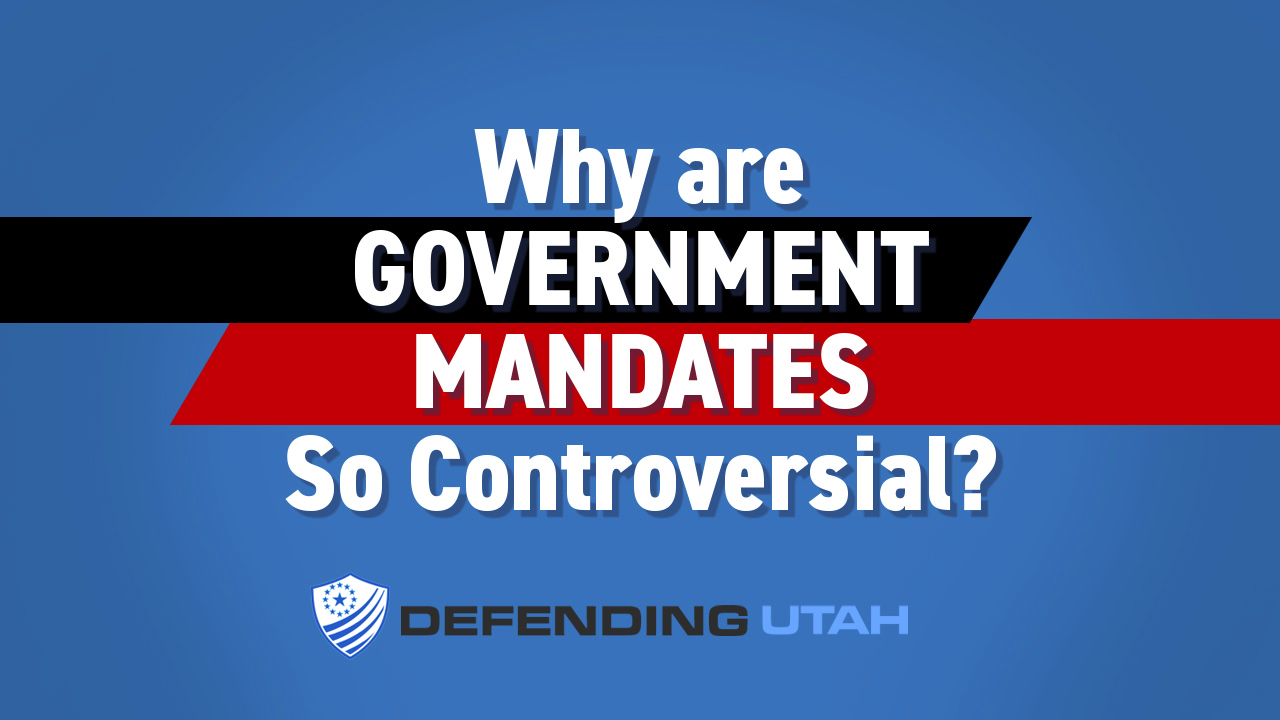 Question: Why Are Government Mandates So Controversial?

Answer #1: Comparing past pandemics, there’s a natural and obvious difference in observable illness

In pandemics of the past, there was no questioning how serious it was because it was self-evident. Hospitals were [actually] over run, death hit virtually every family, no one was left unaffected.

However, with COVID-19 there are mass movements with protests, news reports and mass refusal to comply with government mandates.

What’s the difference between people voluntarily taking precautions vs. so many people questioning the official narrative?

In 1793 the Philadelphia yellow fever outbreak killed 10% of the population. People chose to isolate themselves because the danger was obvious to any observer. Even the capitol of the United States was moved out of Philadelphia.

For 30 years the United States faced a cholera outbreak from 1832-1866 killing upwards of 10% of the population. The people were able to observe its effects and willingly took steps to ensure the prevention of infection. NO government intervention was needed for the people to do what was naturally obvious.

In 2009 the H1N1, or swine flu, is said to have killed almost 300,000 people with upwards of over 1 BILLION suspected cases. Even with these statistics, the response of governments worldwide was nothing compared to what we are seeing with COVID-19.

These were clear and obvious threats to the public health. However, the current purported pandemic has killed 0.0005% [of those infected in our state]. However, even that percentage is seen to be high by many since the CDC counts people that died with COVID-19 [they had other diseases at the same time] the same as if they had died of COVID-19 with 96% of that 0.0005% now being called into question.

From the very beginning the white house admitted estimates were drastically overstated. White House corona virus task force member, Dr. Birx, admitted on March 25th that the original estimate of deaths in the US of 2.2 MILLION was over estimated by 96%

Answer #2: Changes in the Narrative

Another cause of Americans questioning the official line is the change of messaging. From the CDC telling Americans not to get masks, to everyone being forced to wear a mask and now certain masks are actually worse than no mask. Add to that the mantra of “flattening the curve” to return to normal being replaced with the idea of a “new normal” only coming when a large portion of the population gets a vaccine with limited testing, government safety precautions suspended and no track record of long-term effects.

With an ever-changing goal post and a threat of never returning to the way things were in February, based on a virus with death rates far lower than previous pandemics, people are starting to wonder, “what’s really going on?”

Conclusion: Trust your own instincts, your conscience is speaking to you

You are not alone for questioning the mainstream narrative. It’s ok to ask questions. It’s OK to demand answers. It’s ok to demand your rights be preserved. It’s ok to not be satisfied until the answers make sense.

Mandates issued by mayors and governors across the country are getting a lot of press and causing a lot of controversy. Some people claim that they’re illegal but recently Utah governor, Gary Herbert claimed that the Tenth Amendment to the US Constitution gave him the authority to issue these mandates when he said,

“This is an issue that’s been tested by the 10th Amendment of the Constitution and the Supreme Court has weighed in on this.” July 17th 2020

What does the tenth amendment say, and does he actually have the right?

The tenth amendment to the US constitution says,

“The powers not delegated to the United States by the Constitution, nor prohibited by it to the States, are reserved to the States respectively, or to the people.”

The word or in this instance didn’t refer to the idea of the states and the people being two different entities but that the people were the states. The people as individuals retained these powers.

The US constitution gives the general government powers that the Founding fathers called “few and defined”. To make it clear that the powers given were limited, the tenth amendment was added to the constitution clearly laying out the fact that if the constitution didn’t specifically give the federal government that power, they COULD NOT do it and that any power not given to them was a power kept by the people themselves.  Does that mean that states have the authority to be as authoritarian as they want to be? Clearly that is an absurd idea. Article 4 of the US Constitution guarantees every state in the union a “Republican form of government”.  In short that means that each state must be based on the idea found in the Declaration of Independence that, we are given by our creator, certain inalienable rights and that government role is to protect those rights. And to do that, the general as well as state government implement what is referred to as “separation of powers”, with three branches of government given different jobs the other branches are prohibited from engaging in. These branches are the Legislative, they write the laws. The executive, they implement the laws passed by the legislature. And the judicial, they settle disagreements.

James Madison rightly observed, “The accumulation of all powers, legislative, executive, and judiciary, in the same hands, whether of one, a few, or many, and whether hereditary, self-appointed, or elective, may justly be pronounced the very definition of tyranny.”

In other words, the power to make law cannot be combined into the same person that executes the law, under any circumstance, or you have yourself a tyrant. Not only is each branch prohibited from taking these powers upon themselves, each branch is prohibited from giving their power to any of the other branches. The legislature cannot execute the laws, and the executive cannot adjudicate and so on.

But didn’t the governor say “courts have ruled on this”?  Herbert was referring to Jacobson V Massachusetts. This Supreme court opinion stated that because of the tenth amendment, the states retained the authority to implement compulsory vaccination laws, passed by the states legislature.  Now, I disagree anyone has the authority to force you to inject something into your body, but setting that aside, this court opinion wasn’t talking about dictatorial decrees of the governor, it was referring to law that had to go through the rigorous process of being introduced in committee, then going to the floor of the House, then going to the senate committee, then a full vote on the floor of the senate and then after all of that, being approved by the governor. Why?  Because the executive branch, the governor, has no authority to make law even if you call the law something else like a mandate.

In short, the president, the governor or your city mayor has no authority to make laws.