Orem City Councilman Starts Petition – Get Your $63 Million Back 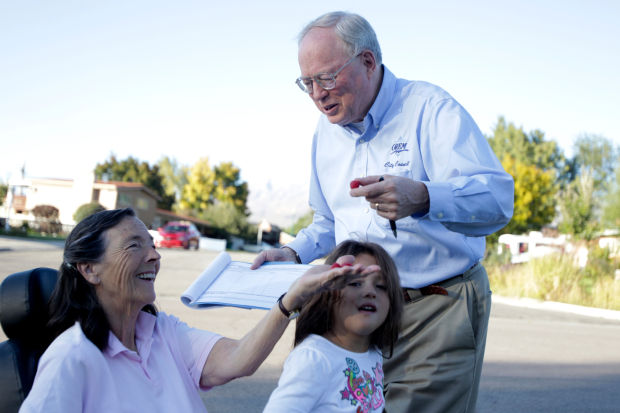 “The Orem City Council will be voting on whether or not to give the University Mall a $63 million CDA (subsidy) over 2/3 of which will be coming from the Alpine School District. ”

Defending Utah has seen Transparency Orem work behind the scenes to protect your liberties, and we support their efforts.

The following article was originally posted on Transparency Orem at
https://sites.google.com/site/transparencyorem/

On September 23, 2014 the Orem City Council will be voting on whether or not to give the University Mall a $63 million CDA (subsidy) over 2/3 of which will be coming from the Alpine School District.

The state of Utah is one of the lowest paying states for education per child and yet we are taking over $44 million away from the Alpine School District to fund a mall instead. The educators, parents and citizens have not been informed sufficiently. We are taking money away from the children to fund the mall expansion.

We, a group of concerned citizens, are organizing a referendum to stop this $63 million mall subsidy and give the Orem citizens the opportunity to vote on whether or not to give the mall the subsidy. There is much reason to be concerned. If you are interested in signing the petition or helping collect signatures please call Wayne Burr (801) 224-6992 or email: wayneburr@hotmail.com. Thank you!

Orem City Subsidies have Failed in the Past

2.- UTOPIA –  The Utopia subsidy costs Orem residents $3 million this year and the cost will rise to over $4.7 million/year over the next 27 years. Originally Utopia was not suppose to cost taxpayers anything.

3.- Mid Town Village   – Orem City Council voted to guarantee up to $7 million in bonds to pay for underground parking at Mid Town Village.  That “loan” was supposed to be paid off five years ago.  It still hasn’t been paid off.

Orem City’s table below shows the various taxing groups “contribution” to the mall over the next 20 years. *

You can Vote on this CDA (subsidy) if we get enough Signatures.

1.- This subsidy would place the mall above the needs of our school children. The Alpine School District will be contributing over 2/3 of the CDA (subsidy). According to Orem’s “Draft Project Area  Budget” University Place  Community Development Area CDA, page 5) Alpine School District will pay for $44,669,875 of it. Westmore school was just built at a cost of $9.8 million.  This CDA will cost the equivalent of over four Westmore schools. Several years down the road, families in the district would likely be asked for more money – for the children, of course – but no mention would be made of the fact that the district gave up $44 million to the mall.

2. – Orem City should not subsidize one business over another.  A $63 million mall subsidy equals a $25,000/per business subsidy, if all 2,532 business shared the subsidy.  But, the mall gets all $63 million. Orem residents pay 100% of their property taxes while the mall will be paying 25% of its property taxes.

3. – This CDA (subsidy) will cost Orem households.  The Orem City Council vote may approve $63 million in property tax breaks (CDA) to the University Mall (Woodbury Corp). The mall subsidy will pass on its property taxes to the common citizens and other businesses.  41% of the 63 million of the CDA will come out of Orem citizens pockets. That is approximately $26,250,000, if divided by all the households in Orem its an average of $1,086 per household. That is an average of $4.53/month for the next 20 years.

Please Sign the Petition to let the Orem Residents Vote Whether or Not to Subsidize the Mall.

To Review the City’s Proposal click on the Link Below:

Even though Sep 23rd has passed, there is still time to sign the petition if you support the cause of Transparency Orem in making sure you have a voice in where your tax money goes.