Is There a Difference Between Utah Republicans and Democrats? 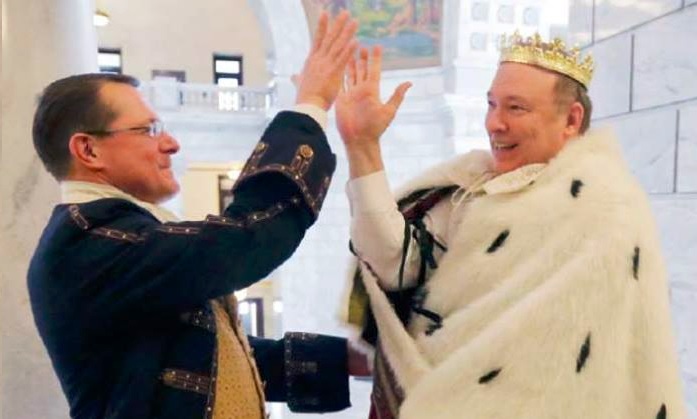 However, one vote on one bill does not really give a “big picture” view of the voting records of members of both parties.

A new tool, “Which Legislators Vote Together?” has come out though to help us see, at least in Utah, if there is actually a substantial difference between the two parties when it comes to the state legislature.

This tool from BYU political science faculty member, Adam Brown, shows that Democrat or Republican, legislators vote together no less than 79% of the time.

Ronald Reagan had a saying, “The person who agrees with you 80 percent of the time is a friend and an ally – not a 20 percent traitor.”  According to that definition, Republicans and Democrats in the legislator are, at worst, political friends and most of them could call each other “political allies”.

How Often Do Utah Republicans and Democrats Vote Together?

Legislation that legislators team up on is objective as opposed to subjective, making the cliché that “both parties (in Utah) are virtually indistinguishable”, backed up by the actual data.

Does that mean that Utah Republicans are more liberal than voters might think, or are Utah Democrats more conservative?

Is the Utah Senate Any Better?

The Senate Republicans and Democrats are even more alike than House members. Considered the most “conservative” Senator in Utah, Alvin Jackson (R-Highland), voted no less than 86.9% of the time with his most liberal counterpart in the legislature, radical gay activist, Jim Dabakis.

Why are the Parties the same?

“There does exist, and has existed for a generation, an international Anglophile network. I know of the operations of this network because I have studied it for twenty years and was permitted for two years, in the early 1960’s, to examine its papers and secret records. I have no aversion to it or to most of its aims and have, for much of my life, been close to it and to many of its instruments. I have objected, both in the past and recently, to a few of its policies … but in general my chief difference of opinion is that it wishes to remain unknown, and I believe its role in history is significant enough to be known.” (Tragedy and Hope: A History of the World in Our Time, The Macmillan Company, 1966, page 950)

Professor Quigley explained that this network works to trick the people into believing there are differences in the candidates, so that the network’s operations can go unchanged. All the while, the masses fight thinking they are making a difference.

“The two parties should be almost identical, so that the American people can ‘throw the rascals out’ at any election without leading to any profound or extensive shifts in policy” (Tragedy and Hope: A History of the World in Our Time, The Macmillan Company, 1966, pages 1,247-1,248)

In Utah, this is exactly what we see in the voting records of both Republicans and Democrats.