“When Salt Lake City attorney (Jason Hawkins) praised GOP gubernatorial challenger Jonathan Johnson on a popular outdoors internet site, his partners received what they perceived as a threat from a member of Gov Gary Herbert’s Cabinet.”

The Tribune says that Hawkins was an outdoors enthusiast that posted comments seen as critical of the Department of Wildlife Resources (DWR) on messages boards as well as commenting that he thought favorably of a meeting a group of his had had with Gubernatorial candidate Jonathan Johnson.

“Two of Hawkins’ partners then received an email from Department of Natural Resources Executive Director Mike Styler expressing concern about Hawkins’ criticisms of the Division of Wildlife Resources and asking if his comments reflected the views of the firm.” 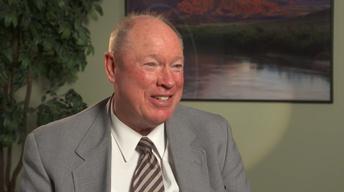 Why would the head of the DWR need to know what the position of a law firm was about a government agency or about a candidate?  It would be none of that agencies business, unless, possibly, they had the thought to inflict retribution on a perceived political enemy, and it seems Styler knew it.  According to the Tribune,

“One of (Hawkins’) partners, Shawn Draney, wrote back to Styler that the email questioning the firm’s positions on the Herbert administration put him in a moral dilemma.

‘I could risk upsetting you by not attempting to help a government official chill Jason’s First Amendment rights, and risk all that might carry with it. Or I could be complicit with a violation of a constitutional right,’ Draney wrote to Styler. ‘I could not bring myself to the second course of action.’

Possibly seeing that he could not bully someone into submission, Styler wrote back and apologized.

“I never intended to chill anyone’s First Amendment rights,” Styler told Draney. “I simply asked if your associate was speaking for himself or for the firm. I should have not even asked that question.”

Draney had posted the original email to some internet forums, exposure which further frustrated the bureaucrat,

“I guess I had expected some confidentiality. I regret this whole incident and I am sorry.”

Ben McClintock is co-founder of Defending Utah, author of multiple publications, and host of the Defending Utah TV/Radio show. Ben is also an investigative journalist, an educator at private schools, and a chicken farmer.

How do you defend your lawful rights if the government is the one breaking the law? The UCC serves the local community by helping provide the people of Utah with tools and knowledge needed to assert their constitutionally protected rights.