The People are Ending the Emergency on Their Own Authority 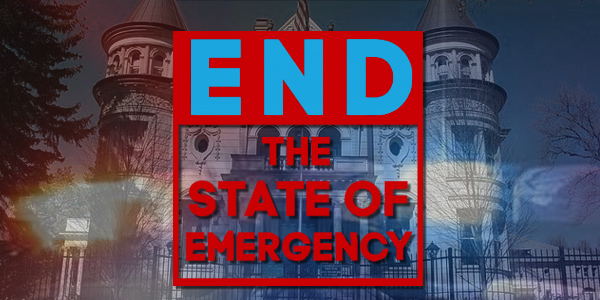 Mothers of children in Utah government schools, as well as many other concerned fathers, brothers, sisters, grandparents, and friends have been protesting non-stop (eight hours per day) at the governor’s mansion since August 22nd, 2020 (over two weeks so far) and there are still more protestors signing up to represent the voice of the people that have been silenced.  We thought we’d bring you a collection of photos from this multi-week protest. An interview with a male protestor told Defending Utah that, “We are giving the governor one last chance to do the right thing.  Over the last six months, an infinite supply of phone calls, letters, and protests have been ignored and even mocked and the people are ready to stand for the constitution.” The protestor’s statement was referring to a collaborative effort by many local civic committees, activist groups, and individuals all over Utah to use the power of constitutional law itself to declare an end to the state of emergency in Utah and revoke the people’s consent to be governed under emergency powers.  One of the groups that has already said they will ratify the “End of the Emergency Declaration” is Take Action for Freedom, where they are inviting any individual to add their personal ratification to the upcoming declaration.  Their plan is to invite you to deliver the ratified declaration with them in a march to the governor’s mansion on Sep 12th after the final document is published that morning on the Utah Central Committee website. Get details about the event on the facebook event page or the official event page here. As Defending Utah was excited to hear about this initiative, we would like to show our support by inviting anyone else to sign up to march on Sep 12th in Salt Lake City and add their voice to the ratifiers of the declaration. The following photos have been taken over the past two weeks: