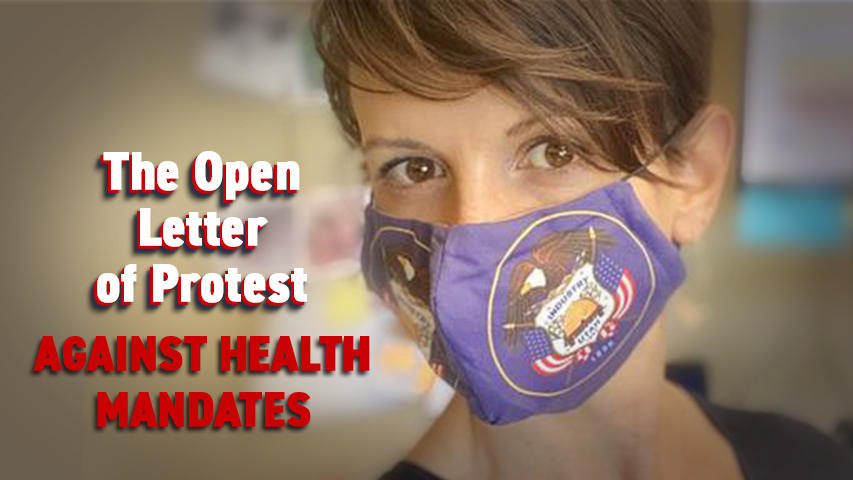 It seems if anyone is doing anything for freedom in Utah, people want to keep Defending Utah in the loop. Maybe they know we won’t twist their words like the main stream media?

We get hundreds of emails containing notices, letters, ideas, or requests every week with people’s ideas on “what to do.” We simply cannot keep on top of everything, but here is one thing of special notice because the governor himself discussed it on TV today.

One of our subscribers said they got a copy of a letter that was sent to the media that was intended to be a public letter from the People of Utah addressed to Dr. Angela Dunn. This letter was delivered by protestors to Angela’s house.

A group of protestors claiming to represent the People of Utah has delivered this letter to Dr. Angela Dunn, asking her to answer some questions that the people of Utah have for her.  They say she has avoided answering these questions in all other public venues where she is supposed to be responsive to the people.

We were given permission to put the letter up for the public to download here.

They also were reported to have included a statement of the laws that are being broken by the health department.

Empty Claims of the Health Dept. – WITH PROOF FROM UTAH LAW!

Can the Health Department:

They cannot use orders for this like they have done so far, but only make new rules, which is a long process requiring public comment! They have not done that. See 63G-3-102, 63G-3-301.

2. Restrict Freedom of Assembly? NO

Not only is it unconstitutional, if they do that, you can appeal, based on 26-6b-4

3. Mandate Masks? Or Vaccines? NO

The word “mask” does not appear in any enforceable rule or statute. And the department can only enforce existing rules! (26-1-10). No treatments like vaccines can be enforced per 26-1-33.

5. Have different “broad” powers, away from public scrutiny, due to an emergency? NO

There is an emergency rulemaking procedure that must still involve the public, 63G-3-304

6. Remain inaccessible and unaccountable to the public? NO

They have to provide public hearing on any grievance, on written request, per 26A-1-121 2(a)

ALL OF THE HEALTH DEPARTMENT’S CURRENT ACTIONS IGNORE AND VIOLATE EXISTING UTAH STATUTES!

Governor Gary Herbert has made an official statement in response to the protests.