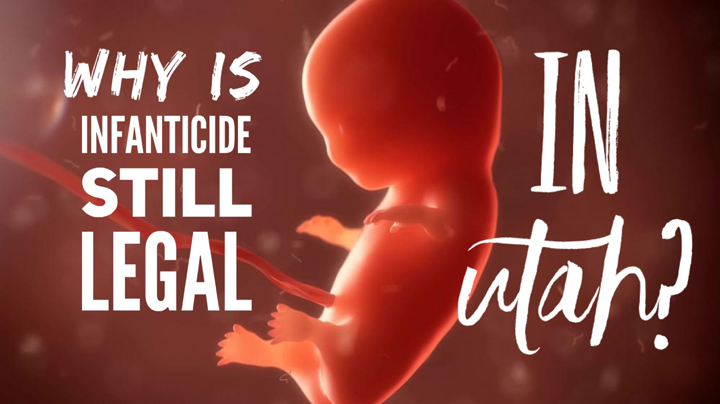 The recent viral videos of an undercover investigation of Planned Parenthood caught selling dead baby parts has renewed public outrage over the abortion industry in America.  Many of us already understood this was happening, but this video is helping bring the reality of it back to the forefront of the public’s mind.

People are talking about renewed efforts to ban this twisted practice.

THIS PROBLEM WAS ALREADY SOLVED… THEN THE INNOCENTS WERE BETRAYED

Did you know that Utah actually successfully banned publicly funded, frivolous abortions?  That’s right, for a period of three months after SB68 passed in 2004 there were no babies killed for convenience and profit in Utah hospitals.  Utah hospitals actually refused to perform abortions because they did not have a government guarantee of payment for them.

Defending Utah interviewed Daniel Newby of Accountability Utah, where he told us that…

“Under that statute, it was reported that hospitals ceased entirely to perform abortions.”

And the Salt Lake Tribune reported:

“The law, which took effect May 3, cuts off public funding to any agency that performs abortions except in cases of rape, incest or severe damage to a ‘major bodily function’ of the mother. Fearing the loss of Medicaid and Children’s Health Insurance Program reimbursements, Utah hospitals have stopped performing the procedures.” (“Abortion curbs might be eased” Rebecca Walsh, Salt Lake Tribune, May 27, 2004.)

Q: So if we successfully banned frivolous, publicly funded abortions in Utah, how did they start up again?
A: The law was effectively gutted by conspiring men through administrative rules.

The voting public has a very short memory.  Because…

one of the key individuals responsible for restoring infanticide (murdering babies) in a pro life state like Utah keeps getting elected back into office.

Senator Curt Bramble was a key conspirator, directly resulting in the deaths of roughly 40,000 babies to date in the state of Utah since he conspired against Utah’s unborn child citizenry (or even more if the average of 3,000 – 4,000 per year in Utah has grown larger since that time).

Accountability Utah, a formerly active investigative and action based organization, did an amazing job documenting many details of this history.

Here is Curt Bramble, step by step, fooling the public and sealing the fate of approximately 40,000 babies in Utah since 2004.

The “Pro-Life” Bramble: Sen. Bramble cosponsors Rep. Morgan Philpot’s bill (HB 123) to outlaw taxpayer funding of abortion on demand in the 2003 session. (Source: 1)
The Pro-Death Bramble: On the last night of the session, Sen. Bramble brags that he is the senate cosponsor and promises concerned citizens that HB 123 would be voted on that day. He then refuses to take any meaningful action to ensure that HB 123 received a vote in the Republican-dominated senate. Bramble later claims that he didn’t know whether he was the senate sponsor or not. (Source: 3)

The “Pro-Life” Bramble: After citizens politically thrash Bramble and the senate for failing to pass HB 123, Bramble begs Rep. Philpot and others to support him in running Philpot’s bill in the 2004 session.  This new bill, SB 68, passes. (Source: 4)
The Pro-Death Bramble: A Utah Department of Health (UDOH) spokesman admits in a July 16 public hearing that several officials secretly met during the 2004 session to discuss gutting SB 68 through an administrative rule after it passed. It is likely, based upon Bramble’s actions, that he participated.  Rep. Philpot, however, does not believe that such a rule is necessary. (Sources: 5,6,7)

The “Pro-Life” Bramble: In April 2004, Bramble asserts the following view: “What is the definition of what’s ‘incompatible with life’? How long is it inconsistent with life? A breath? A minute? A month? I have an inherent discomfort with trying to decide which child should live….” Bramble also stated that he was not comfortable defining fatal fetal defects, calling that exercise a “slippery slope.” (Source: 8)
The Pro-Death Bramble: In May 2004, Bramble publicly asserts that taxpayers should subsidize euthanasia for babies who may have “fatal deformities” or “fetal anomalies”.  Bramble now supports the proposal that if a doctor believes a baby cannot live 3 days past birth, that baby could be executed at taxpayer expense. (Sources: 9,10)

The “Pro-Life” Bramble: Bramble complains to various citizens and e-mail groups that attacks against his actions are unfair, and that he is staunchly pro-life.
The Pro-Death Bramble: Bramble works in secrecy with UDOH officials in drafting an “emergency” administrative rule to gut SB 68.  In a July 16 hearing, Carrie Galloway of Planned Parenthood speaks in favor of the rule.  But pro-life citizens expose the rule’s blatant attack on the unborn.  For instance, UDOH officials cannot identify the “emergency,” taxpayers would be forced to fund all types of abortions, and no restriction was placed on late term abortions. (Sources: 5,11)

The “Pro-Life” Bramble: Bramble again complains to various citizens and e-mail groups that attacks against his actions are unfair, and that he is staunchly pro-life.
The Pro-Death Bramble: UDOH retreats and revises their abortion rule. Meanwhile, Bramble asks state attorneys to draft amendments to the law to allow exceptions “for fatal fetal defects, refine exceptions for the mother’s health and provide for indigent mothers.” (Source: 5)

The “Pro-Life” Bramble: Bramble, in support of his proposal to fund abortions with tax dollars, states, “I view myself as staunchly pro-life, but I believe there are reasonable exceptions.” (Source: 12)
The Pro-Death Bramble: UDOH and Bramble present their revised abortion rule, which would allow taxpayer resources such as equipment, facilities, and employees to be used for all types of abortion on demand.  Citizens are again demanding a public hearing to protect taxpayers from being forced to fund euthanasia and murder. (Source: 13)

Note the callous attitude that the Utah senate had towards this issue back before SB64 was finally passed.  Year after year they stalled and filibustered multiple attempts to stop tax payer funding of abortion.

Background for this audio clip: With less than 5 minutes remaining in the session, one anti-infanticide bill, HB 241, was briefly “debated” in the Senate. Democrat Ron Allen proposed to gut HB 241 with his own substitute bill.  Republican Chris Buttars, senate sponsor of HB 241, could not seem to find his copy of Allen’s substitute.

Every single year, this administrative rule is RE-AUTHORIZED, so that means every year our legislature votes again to kill babies.

Curt Bramble should not be allowed any influence in the legislature, as he has proven to be dishonest in his actions and cannot be trusted in any position of authority.

As a voting public, let’s not forget this the next time Curt Bramble’s up for election.

Better yet, why wait for voting day? tell your legislator to call for Brambles resignation immediately

Are you tired of conspiring men ruling over an honest citizenry? Do you want to help defend life, liberty and property in Utah?  See our membership section.