Solutions That We Have in Common With the Founders – Nullification 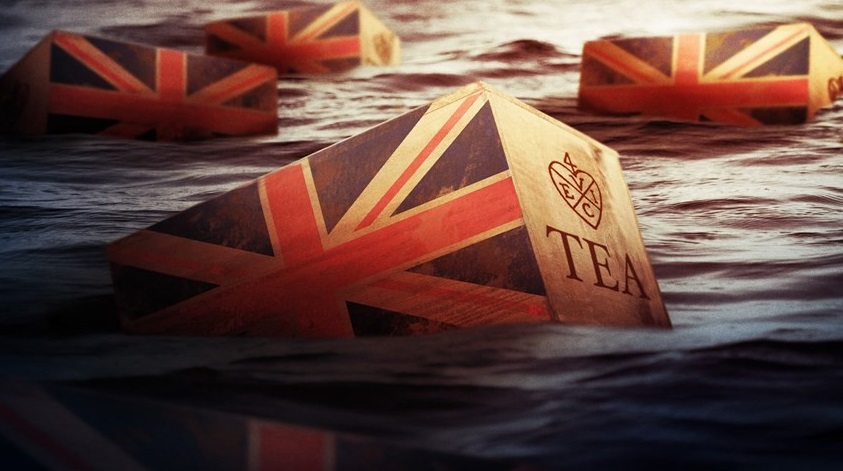 Nullification– Major Point of Contention
Just as it is controversial today, the right of nullification was what separated those that supported independence and those that supported loyalty to the crown.
In November of 1765, Parliament enacted the Stamp Act, a direct tax requiring many printed materials to be printed on paper produced in England. The fact that Parliament would take such actions affecting virtually every part of life in Colonial America enraged the colonists. Objecting to the notion that Parliament was supreme and could impose whatever binding legislation it wished upon the colonies, the colonies instead adopted the rigid stance that colonists could only be taxed by their local assemblies. This idea, they said, stretched all the way back to 1215 and the Magna Carta.

Like Constitutional originalists in our day, the colonists claimed that the Stamp Act was against the British Constitution, and therefore null and void upon the people. The Massachusetts legislature proclaimed that restricting taxation to local legislatures was “one of the main pillars of the British Constitution.”
To help build support for nullification among the people, a group called the “Loyal Nine,” led by Samuel Adams, gathered a group of supporters to burn an effigy of Andrew Oliver, the person charged with enforcement of the Stamp Act, which led to his removal from office.

These bold acts by a few dedicated individuals forced the everyday colonists to make a choice. Since obtaining material with the stamp was impossible, one could choose to go on living his life as if the act didn’t exist, or stop all business so as not to disobey the “law”.

Most, to the surprise of the British loyalists, chose to defy the illegal act of Parliament.

Today, people claim that Congress has virtually unlimited authority due to the commerce, general welfare, and supremacy clauses. During this time, loyalists claimed Parliament was supreme and could impose anything they wanted onto the colonies. These loyalists defended the idea that the colonists were represented because the merchants interested in colonial trade were represented as a class in the House of Commons. However, when the colonists proclaimed, “no taxation without representation,” they meant no taxes should be levied unless the legislator was accountable directly to the people being taxed. The loyalists tried to get the colonists to support reform and fought against the “anarchy” of nullification. Oppression could never be real because Parliament was subject to the “conscience of public opinion.” The Founders knew, though, that liberty was often destroyed at the hand of so called “public opinion.”

Massachusetts, Pennsylvania, and Virginia passed resolutions stating that only local assemblies that were directly accountable to the people could tax the people.
From burning private property to tar and feathering, the colonists took steps that many today would call “extreme,” but, in fact, were essential steps in enforcing the law, the Constitution, on a group of criminals masquerading as a legislative body that refused to obey the law they swore to uphold.

Inspired men like Samuel Adams understood the steps needed to restore liberty to the British subjects and used his influence, however small, to restore the liberty of the people. Remember, the “Sons of Liberty” started out as the “Loyal Nine.” If you feel like there are too few people willing to stand for liberty against would be tyrants, learn the lesson from the Founding Fathers, namely, to do what is right and build your local teams to build support for the cause of freedom.

If we want to be more than just observers, but have an effect on restoring lost liberty, we have to stop being cowards. We are in the mess we are in because otherwise good people are acting too cowardly, and in that cowardliness we are allowing evil to flourish.

If we are to receive the blessings of God, we MUST be willing to stick our necks out! Claim it, use it, defend it is the principle the Founding Fathers worked off of in their fight for freedom. It is what the Bundys were standing on and they were acquitted of any wrong doing by a jury.

This concept of standing up against the government when they attack essential liberties is at the very foundation of our govern-ment. Our nation was founded upon the idea that your rights come from God and that the only role of government is to protect those rights. However, this is not an excuse to just “do whatever you want”. If you cannot be self-governing, you deserve any chains you may be under. As Benjamin Franklin so wisely said, “Only a virtuous people are capable of freedom. As nations become more corrupt and vicious, they have more need of masters.”

Claim It, Use It, Defend It

However, a self-governing people like the Founding Fathers did not beg would-be-masters for permission to be free. After ex-hausting all reasonable efforts to reason with the King, they engaged in their God given responsibility to “claim, use and de-fend” their liberty.

The term the Founders used was nullification. James Madison explained that the Federal Government was not the final arbiter of what was legal and what wasn’t. He said,

“There can be no tribunal above [the states’] authority, to decide in the last resort, whether the compact made by them be violated.” – Writings of James Madison pg 349


“A nullification of the act is the rightful remedy.” – The Papers of Thomas Jefferson, Volume 30

Statements we believe to be revelation speak of this as well. In the Doctrine & Covenants section 98 starting in verse 5 the Lord said,

“And that law of the land which is constitutional, supporting that principle of freedom in maintaining rights and privileges, belongs to all mankind, and is justifiable before me. 6 Therefore, I, the Lord, justify you, and your brethren of my church, in befriending that law which is the constitutional law of the land; 7 And as pertaining to law of man, whatsoever is more or less than this, cometh of evil.”

Anything that supports freedom in maintaining rights & privileges is to be befriended. He then says that anything that does more or less than that is evil. So what do we do with evil? The Lord says just a few verses later that,

“I give unto you a commandment, that ye shall forsake all evil” – verse 11

We are to not be a party to any evil law as defined above.

When the United States was trying to take away the liberty of the people of Utah, John Taylor defiantly said “I defy the United States!” In 1886, the First Presidency of the LDS Church declared that,

“God is superior to governments and courts. If it is not constitutional, He says it comes of evil. It must support the principle of freedom in maintaining rights and privileges; if not, it comes of evil. Whatever is contrary to the freedom guaranteed by the Constitution.. He does not command His people to obey.”


This basic fundamental principle is explained by President Joseph F. Smith when he said,

“If law-makers have a mind to violate their oath, break their covenants and their faith with the people, and depart from the provisions of the Constitution, where is the law- human or divine which binds me, as an individual, to outwardly and openly proclaim my acceptance of their acts?” – General Conference April 1882

Clearly there is none, and it is our belief that we have a heavenly mandate to forsake that evil, no matter the earthly cost that evil might try to inflict. Am I any better than those that came before? They literally put everything on the line, why would I think I could get away with less and expect the same results?

Standing up by yourself is hard. It is scary. That is one of the reasons why we founded Defending Utah. To help us find strength in one another. To see that we are not alone. That someone has our back.

Violence and force is the government’s game, not the citizen’s game. We just wont comply with their evil any more. Any Satanically inspired government has no right to force us to pay for the murdering of babies here and abroad. They have no right to our private property. They have no right to compel us to beg for permission to travel, to use our property, to work, or to trade with others. If they want to use violence to enforce their evil, that is up to them. We will no longer co-operate with evil in hopes that evil will become good.