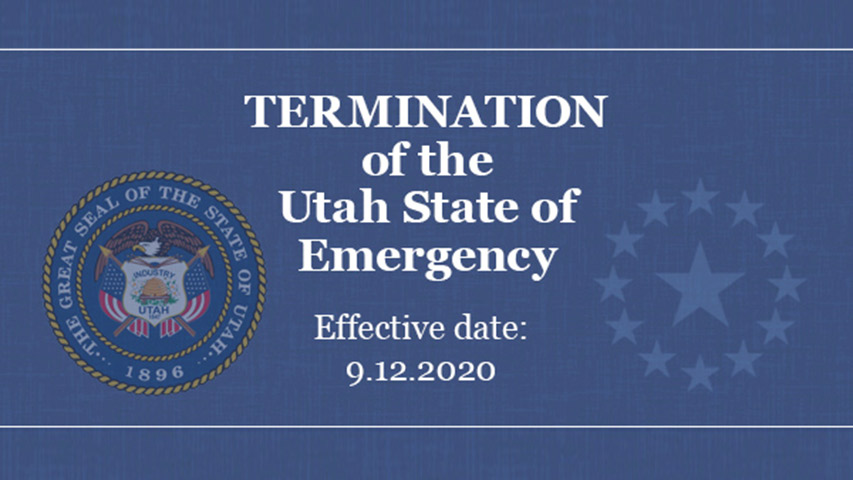 On July 4th, 1776 the “People of the united States of America” exercised their authority and modified their form of government. Britain did not recognize it as valid right away and few Americans knew the historical nature of what had happened until much later, after they learned what had been given to them and how to claim their freedom through their own choices.

Likewise, on Saturday, September 12th, 2020 the “People of Utah” ended the state of emergency and revoked the power of Utah’s government to handle emergencies until a long list of grievances are redressed.

The week before the September 12th declaration announcement, we wrote an article about “a collaborative effort by many local civic committees, activist groups, and individuals all over Utah using the power of constitutional law itself to declare an end to the state of emergency in Utah and revoke the people’s consent to be governed under emergency powers.”

This collaborative effort has ratified the declaration, which has been published on the Utah Central Committee’s website. Some areas of the state have been hit hard with the declaration being posted by volunteers from the various ratifying groups.

(Public notice of the declaration – Termination of State of Emergency and Emergency Powers.)

(The declaration is formally read to the crowd before officially delivering it to the governor’s mansion.)

OTHERS ARE TAKING ACTION

(Declaration passed out in American Fork while parents are educated by residents.)

(Picture submitted by Orem resident of a public notice of the declaration.)

One common practice, is creating awareness of the overall issue while passing out the declaration, such as these residents of southern Utah making sure the public sees their messages.

Recognizing the Constitution as the law of the land, means recognizing that under the people’s authority local leaders can no longer do anything under the name of any emergency power. So as some local leaders still ignorantly play with the idea that they can play god with our lives because there’s an “emergency,” the people are no longer recognizing that power in larger and larger numbers since Sep 12th, 2020.  You can choose to join those people through simply living free like you did before the pandemic nonsense started, regardless of the actions of pretended authority.

As this is not historically a common situation, a short explanation may be helpful to our readers.

Normally a law passed by the legislature is enforced by the applicable department of the executive branch. In this traditional scenario, the assumption is that the legislature itself did not break the law (the state constitution) when it wrote the law in question and, therefore, the executive branch will properly execute the law as it makes sense.

What happened in the case of the September 12th declaration, is The People of Utah declared a lawful modification of government power in the state. This modification of government power did not come as a law passed by the legislature, but instead through The People of Utah’s authority to modify their government and revoke consent to be governed. This authority has been reserved and protected by the state constitution (Utah Constitution Article 1 Section 2).

Therefore, it is up to The People to enforce this through the constitutional principle of nullification. This is the legal and constitutional check-and-balance that can be understood to also mean civil disobedience to criminal acts from government. The 10th amendment to the US Constitution is the most famous place where the right of nullification is enumerated and protected.

Churches, businesses, schools and individuals are fully within their constitutional rights to ignore all emergency actions of any level of government in the state of Utah at this time.

YOUR TURN TO TAKE ACTION

Form your own small local groups to join with others in defending your rights against illegal actions by others, with the knowledge that any actions claiming emergency authority are not lawful.
If you don’t know where to start with that we recommend existing groups that help people network and provide resources such as the Utah Central Committee.

Download and print the declaration and spread copies around your own community.

Download and print the public notice that announces the declaration and post it in public locations so more of the public is made aware and can also begin choosing to live free as they learn what this means.
(public notice 1 or public notice 2)