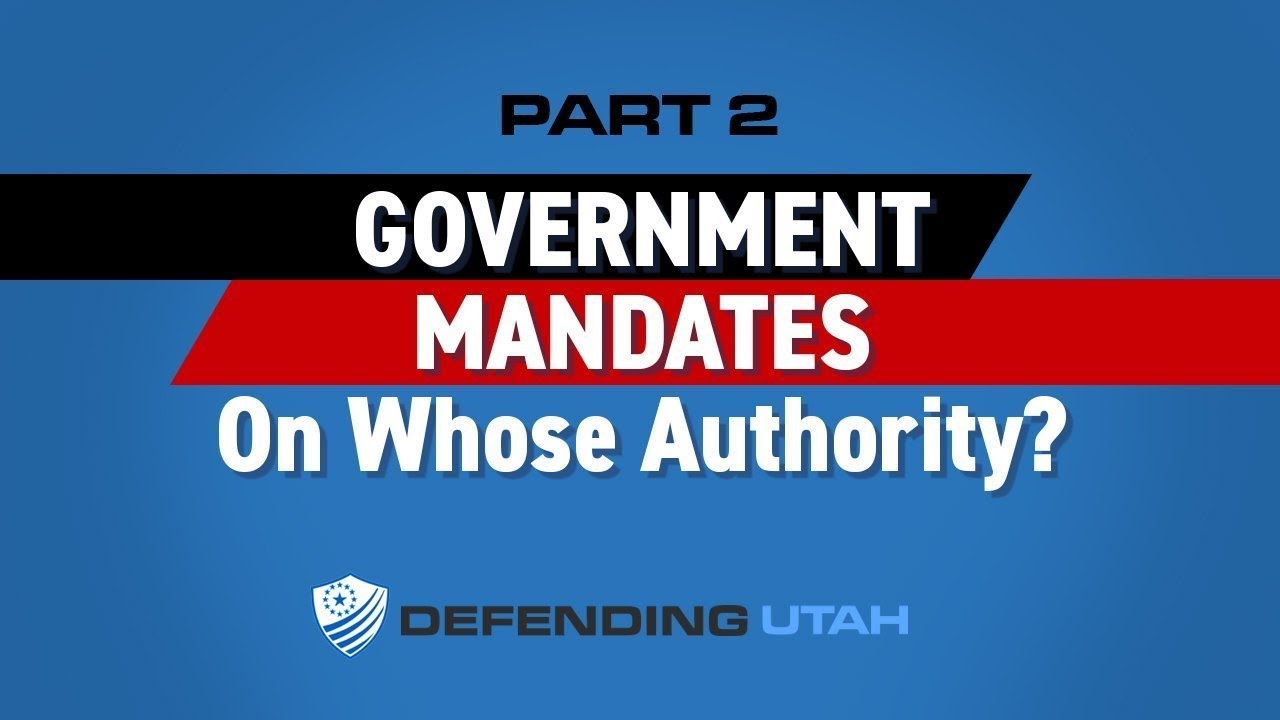 Mandates issued by mayors and governors across the country are getting a lot of press and causing a lot of controversy. Some people claim that they are illegal but recently Utah governor, Gary Herbert, claimed that the Tenth Amendment to the U.S. Constitution gave him the authority to issue these mandates when he said,

“This is an issue that’s been tested by the 10th Amendment of the Constitution and the Supreme Court has weighed in on this.” July 17th 2020

What does the tenth amendment say, and does he actually have the right?

The tenth amendment to the US constitution says,

“The powers not delegated to the United States by the Constitution, nor prohibited by it to the States, are reserved to the States respectively, or to the people.”

The word or in this instance didn’t refer to the idea of the states and the people being two different entities but that the people were the states. The people as individuals retained these powers.

The US constitution gives the general government powers that the Founding fathers called “few and defined”. To make it clear that the powers given were limited, the tenth amendment was added to the constitution clearly laying out the fact that if the constitution didn’t specifically give the federal government that power, they COULD NOT do it and that any power not given to them was a power kept by the people themselves. Does that mean that states have the authority to be as authoritarian as they want to be? Clearly that is an absurd idea. Article 4 of the US Constitution guarantees every state in the union a “Republican form of government”. In short that means that each state must be based on the idea found in the Declaration of Independence that, we are given by our creator, certain inalienable rights and that government role is to protect those rights. And to do that, the general as well as state government implement what is referred to as “separation of powers”, with three branches of government given different jobs the other branches are prohibited from engaging in. These branches are the Legislative, they write the laws. The executive, they implement the laws passed by the legislature. And the judicial, they settle disagreements.

“The accumulation of all powers, legislative, executive, and judiciary, in the same hands, whether of one, a few, or many, and whether hereditary, self-appointed, or elective, may justly be pronounced the very definition of tyranny.”

In other words, the power to make law cannot be combined into the same person that executes the law, under any circumstance, or you have yourself a tyrant. Not only is each branch prohibited from taking these powers upon themselves, each branch is prohibited from giving their power to any of the other branches. The legislature cannot execute the laws, and the executive cannot adjudicate and so on.

But didn’t the governor say “courts have ruled on this”? Herbert was referring to Jacobson V. Massachusetts. This Supreme court opinion stated that because of the tenth amendment, the states retained the authority to implement compulsory vaccination laws, passed by the states legislature. Now, I disagree anyone has the authority to force you to inject something into your body, but setting that aside, this court opinion wasn’t talking about dictatorial decrees of the governor, it was referring to law that had to go through the rigorous process of being introduced in committee, then going to the floor of the House, then going to the senate committee, then a full vote on the floor of the senate, and then after all of that, being approved by the governor. Why? Because the executive branch, the governor, has no authority to make law even if you call the law something else like a mandate.

In short, the president, the governor, or your city mayor has no authority to make laws.