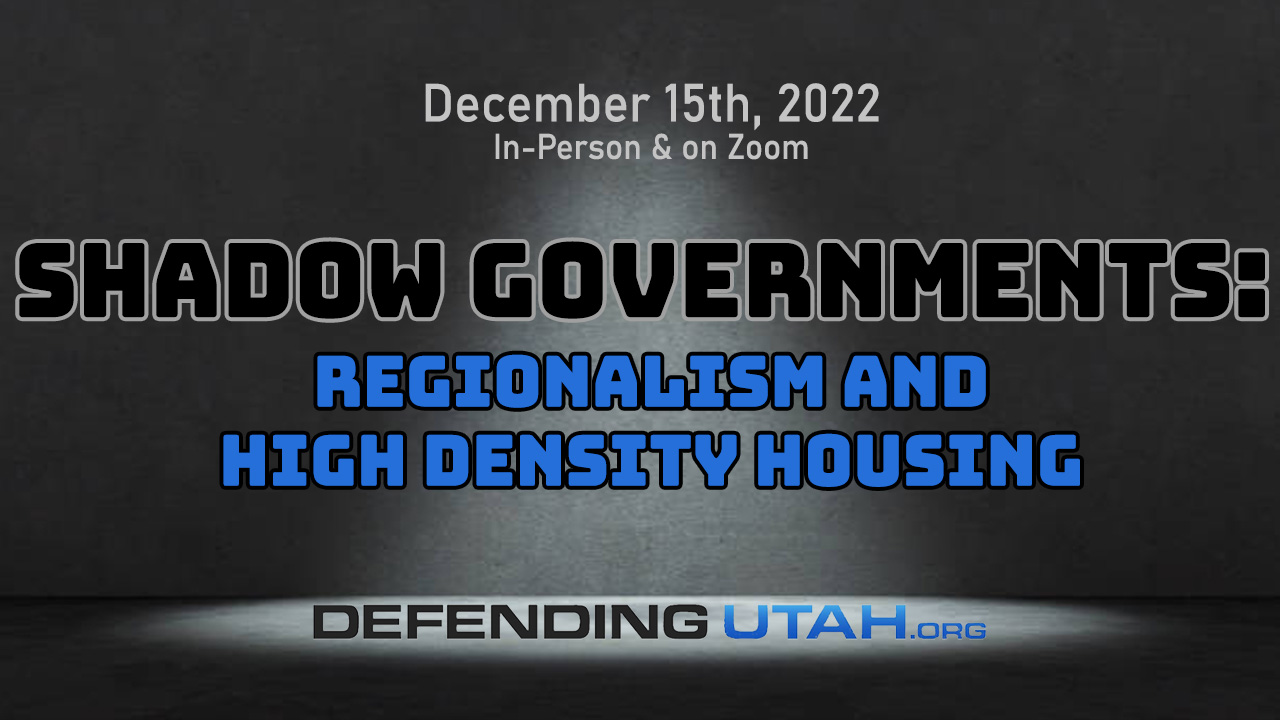 This event happened in the past, please see this article for a recording of the event.

It’s time to push back harder against Agenda 2030! Attend this event to learn how. Understand the problem like you never have before and catch the vision of solutions to tyranny.

Exposing and clearly identifying a shadow governmental system that controls much of Utah and America to this very day!

Are you tired of your activism efforts feeling like they’re getting nowhere?  Have you supported plenty of campaigns but still wonder why little-to-nothing gets better in the big picture?

Did you know that today there are two separate systems of government in America? Our federal system plus another shadow government system that’s not even hiding, it just exists in plain sight. The tyranny of this shadow system is unopposed simply because of ignorance.

Take the next step beyond learning about secret combinations and learn about the bureaucracy where you still have the power to push back against it, if you only knew that it existed.

If there’s any hope for restoring the true principles of Republicanism and free-government in Utah, then how we’ve lost our system to a shadow government must become widespread common knowledge.

We’ll also help you make more sense of why ugly high-density housing is appearing everywhere, and what this has to do with the shadow government that you’ll learn about.

And like we always try to do, we’ll start the discussion on solutions, which will have follow up presentations in the coming months.

If you’re new to Defending Utah, make sure you’re caught up on the foundation of Secret Combinations, (this book or this video can catch you up to speed on different pieces of it) then pick up your ticket for this event, or a limited number of discounted books are available if you purchase an in-person ticket.

This event will be both online and in person.

Zoom links will be emailed out on the day of the event.