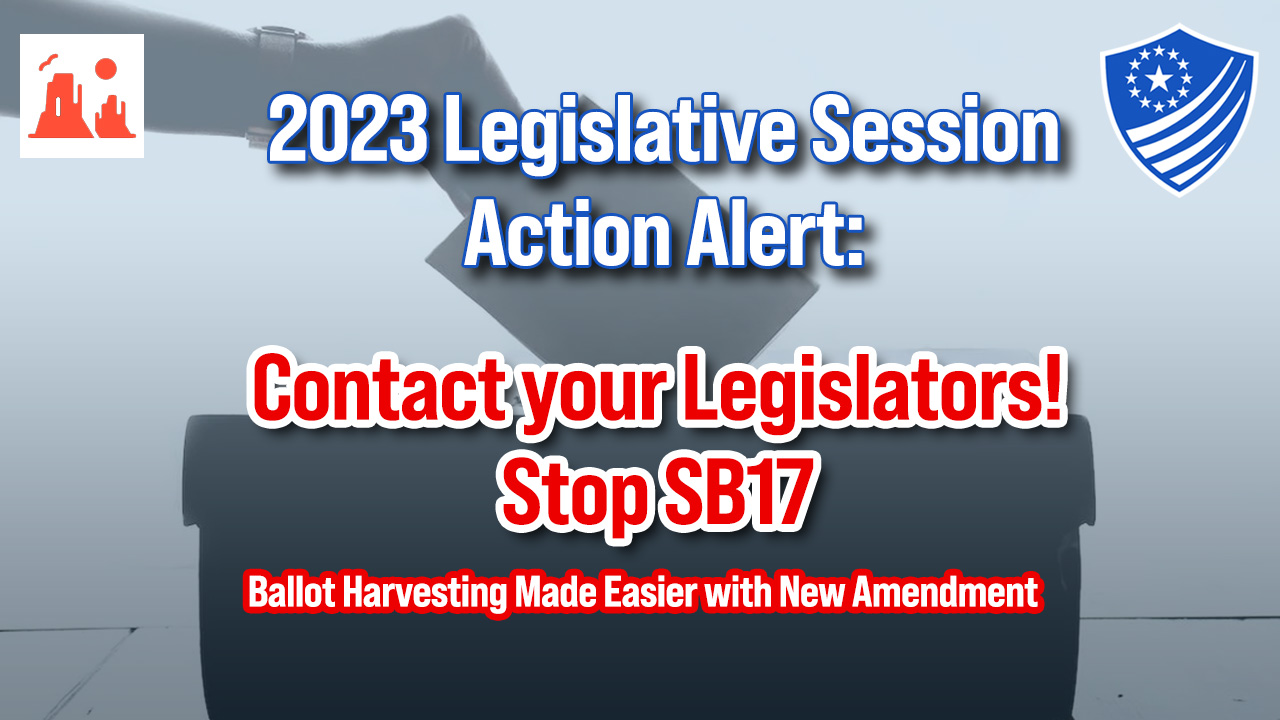 Representative Daniel Thatcher, who brought Utah the tyranny of government facial recognition, now wants to make our election problems even worse than they already are with SB17.

The state of Utah has databases to track the entire homeless population. By not taking real steps to address the homeless situation, there is continued justification to “manage” the homeless instead.

Last year, Defending Utah privately interviewed one homeless advocate who dedicates his life to help the homeless, one person at a time. He has proposed multiple plans to politicians to fundamentally solve the “homeless crisis” that have never been given a serious look.  Could it be that actually helping the homeless would hurt the political agenda of Utah’s powerful elite?

What reason would they have to do this?  Other than justifying millions for various government programs where politicians act like they’re doing something useful, funneling money to who-knows-where, recent legislation is now setting them up to be used to manipulate the vote.

As reported by HUD,

The HEARTH Act, enacted into law on May 20, 2009, requires that all communities have an HMIS with the capacity to collect unduplicated counts of individuals and families experiencing homelessness.

The government has been working since 2009 to know exactly where all the homeless people are.

We obtained an additional testament to this program from a former employee of Case Worthy, a provider of HMIS software, who explained that the HMIS systems tie directly into what is called “Care Coordination” under the Utah Department of Health (PDF – Care Coordination in Utah).

The legislature is moving to make it easier for the homeless to vote.  Now there’s nothing wrong with giving everyone a chance to vote, but let’s think through this.

In a free society, in order for the public to have confidence in an election system, the ability for any individual or organization to be able to verify that there were no errors in the voting process (intentional or accidental) are established. The ability to “verify the vote” is the right of the public. Ultimately the only way to truly verify a vote without trusting corrupt politicians is through canvassing efforts that follow up with voters to confirm that their vote was heard properly. Compare actual government voting records with the testimony of the voter.  This door-to-door effort that people are generally happy to participate in (as they want their vote to count) requires being able to find voters after the vote has happened (having their registered address).  If the next election has 4,000 homeless votes cast because of unprecedented homeless voter turnout, how would anyone conduct an audit of the homeless population?

Even worse, with the HMIS software systems, a connected politician would have access to know where to find the entire tracked homeless population (as they move through various homeless data checkpoints) to “assist” them in voting, but nobody else would be able to confirm these votes.  That means these votes could be invented out of thin air, and it will be impossible to verify.

This situation matches a pattern we’ve seen.  The government wants you to “Trust with No Verification” when it comes to elections. This is a consistent theme in Utah political corruption.

From our interview earlier this year with Utah’s canvassing leaders, we learned the following:

Utah canvassing efforts this year uncovered a large number of well documented unverifiable votes and clear errors in the process, that will only be made worse with this legislation.  The state has already refused to fix existing issues. Having ghost votes that can be proven as real is the biggest joke of any free society with democratic processes.

To be clear: This is not about keeping the disadvantaged homeless out of the process.  We should support honest efforts to assist those who are less fortunate through private charities to get them back into society.

But how easy will it be for corrupt politicians to invent people that don’t exist, and say they simply are homeless somewhere, “we don’t know where they are, but they get to vote”. 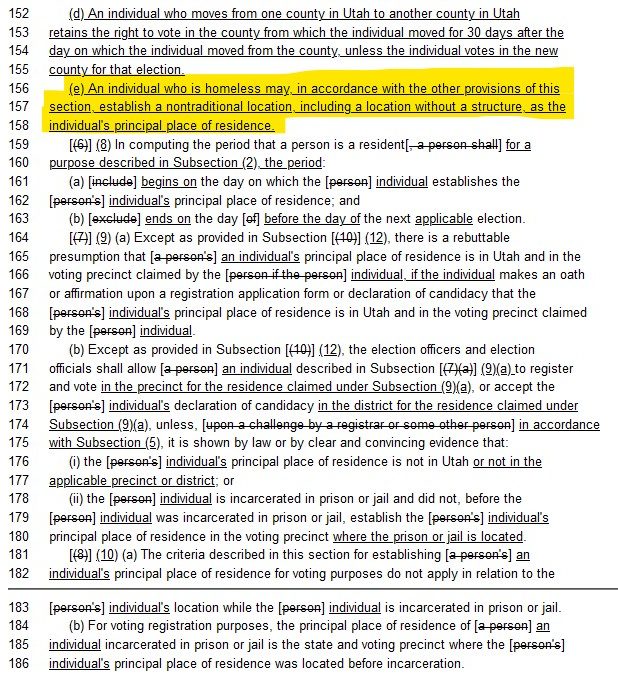 ACTION: Please contact your legislator and ask them to vote no on this awful bill (SB17) that makes ballot harvesting easier.

For those who need a refresher, here is the definition of ballot harvesting:

“Ballot harvesting is the practice in which political operatives collect absentee ballots from voters’ homes and drop them off at a polling place or election office. It may sound pretty innocuous, but this practice can and has been abused across the country.” (cha.house.gov)

We can see clearly how this new amendment to the law allows those with an agenda to count any number of ballots as being from homeless citizens who claim a “non traditional place of residence” within any county and we are unable to cross reference or contact these people who supposedly voted.